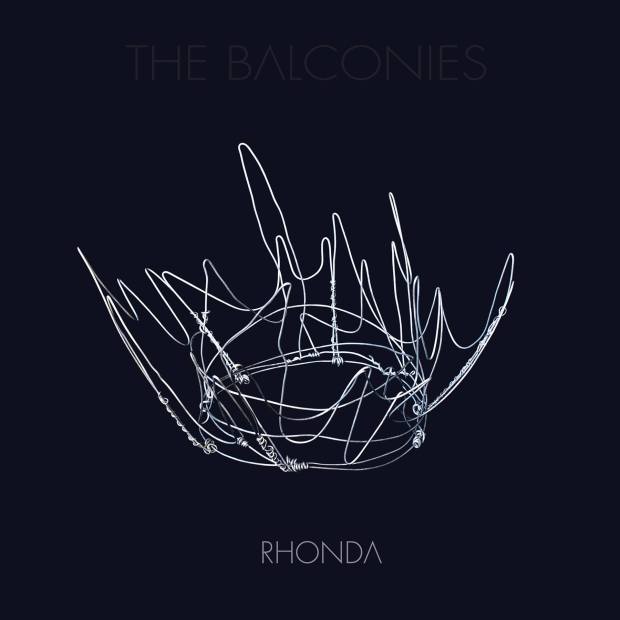 Self Released
Review by Mike Bax

Taking elements of pop sensibilities from the 1980s and blending them with their own modern musicality, The Balconies have created something truly special with Rhonda, their followup to 2014’s Fast Motions.

The new album is a thematic story of hope, self-discovery, and the struggle for authenticity carried through eleven songs and centered around a fictional character named Rhonda.

On first listen, the album sounds like a strong assembly of songs touching on different musical styles. But after multiple plays, an overall storyline can be heard carried cohesivly over the eleven songs that comprise Rhonda. There are songs on the album that can be presented as singles: ‘War’ and ‘Money Money’, both tracks put out in advance of today’s official release. And ‘D Day’, the album closer, likely one of the most touching songs the band has composed, manages to close off the album effectively and could easily stand alone as single song played out of context.

I find I keep going back to ‘Middle Of The Night’, the second song on the album as well. It’s this song that really has a 1980’s vibe, channeling numerous bands from this era as it casts it’s spell on the listener.

Rhonda is a studio album as impressive as The Balconies are on stage, a powerhouse of musical moxy and rock n’ roll energy. Expect to hear good things from The Balconies in the coming months, as Rhonda wins over new listeners and beguiles their longtime fans. Jacquie Neville and Liam Jaeger are the real deal. This album is a winner.