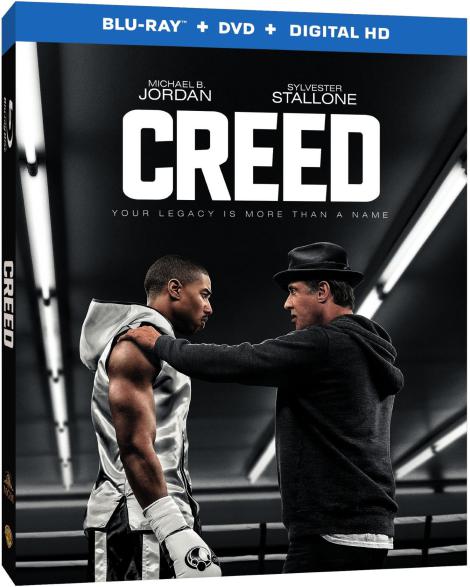 Despite the odds on winning an Oscar for a male actor in a supporting role for his performance as boxing legend Rocky Balboa, Sylvester Stallone, nevertheless has won the hearts of many fans over the years. Now, he passes his torch to Michael B. Jordan (Fantastic Four) for his portrayal of Adonis Johnson, the son of boxing legend Apollo Creed, in director Ryan Coogler’s (Fruitvale Station) film, Creed.

Before readers are quick to judge, this film is not another Rocky Balboa boxing film. In fact, the entire perspective of this film is to shine a light on a new reigning champion, which we find in Jordan’s character.

At the onset, we find a young Adonis Johnson fighting with another kid inside a juvenile prison – already, we know he has the heart of fighter. After being taken in from his father’s widow, Mary Anne Creed, played by Phylicia Rashad (Lifetime’s Steel Magnolias), she tries her best to lead him in the right direction and away from what his father had once experienced. However, Johnson cannot deny that boxing is in his blood.

Johnson drops everything and moves to Philadelphia, the same city where his father had his legendary match with Rocky Balboa. There, he tracks down Balboa himself, with the goal of having Balboa train him. Unaware of who Adonis is, Balboa rejects him, insisting that part of his life is over. But Balboa sees something in Johnson, the strength and determination he had seen in his father, and later agrees to train the young fighter.

With Rocky in his corner, Johnson continues to grow with his training and eventually gets a shot at the title. Physically, he can fight his way through it. But when the media finds out he’s the son of the deceased boxing legend, can he develop the drive and the heart of a true fighter, in time to get into the ring?

In his fresh portrayal as Adonis Johnson, Michael B. Jordan has managed to show audiences that he can play a physical, emotional and serious role, all while maintaining this new story line which does not focus on Rocky Balboa.

With Stallone by his side, together, they bring a knockout story of Creed to life, and a new generation of fans to watch.

Find out why his legacy is more than a name when you purchase the Blu-Ray/DVD combo pack of Creed, in stores now. It features 11 deleted scenes, a behind the scenes look at the making of the film, cast, crew and professional boxers/coaches interviews about Creed and how the Rocky films were such an inspiration to these individuals, as well as their personal perspectives on Creed and comparison clips of Rocky Balboa and Adonis Johnson’s journey to the ring.