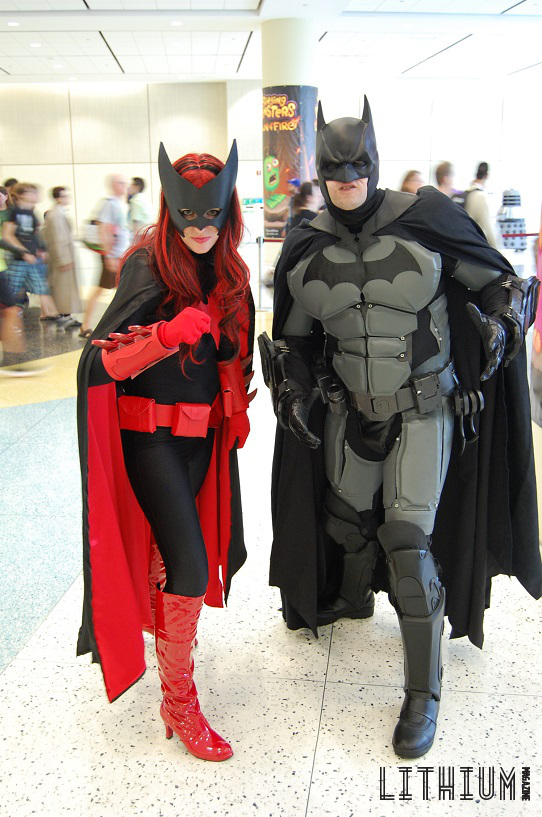 Toronto’s annual celebration of all things geeky brought the summer to a close.

Despite a few cancellations, guests at Fan Expo were still treated to a stellar line-up. The fans also braved the sweltering conditions in an amazing variety of costumes.

Former Gremlins star Zach Galligan expressed his gratitude for being the first guest of the event. He recounted the story of his early days in acting including being set up with meetings with three of the most powerful casting agents in New York City.

He was candid about the ups and downs his career has faced, including a role in Nothing Lasts Forever, a Fellini-esque movie made by crew behind Saturday Night Live that never saw theatrical release but enjoyed a second life thanks to cable television.

Galligan strongly hinted a third Gremlins movie might see release. His idea involved a family adopting a new Mogwai and new trouble with Gremlins with his character Billy Peltzer becoming involved in the mayhem once again.

As someone who pioneered practical effects, it was surprising to learn that legendary make-up and effects artist Tom Savini loves CGI if it’s done right.

“I think the best special effects are a combination of practical and CGI,” Savini said.

The reliance on CGI has lead to cynicism amongst movie audiences who may think that a great make-up effect is in fact CGI.

“That’s the problem; if it’s impossible, it must be CGI” he said. “That’s the attitude that people have.”

The Toronto area has been a second home to Savini over the years. He recounted a story of about Canadians’ legendary hospitality and being invited in to a home in the middle of the night to use the phone after his car broke down in the dead of winter.

Legendary horror movie director George A. Romero said that he views his movies as being social satire. Everything from his seminal film Night of the Living Dead to Diary of the Dead have been a comment on modern society.

Romero recounted stories of the challenges that he faced shooting at a shopping mall for Dawn of the Dead and when asked whether he preferred slow or fast zombies, he obviously chose slow zombies.

He admitted that it’s difficult to get zombie movies made after the ill-received adaptation of World War Z.

Romero said that the reason behind the zombie apocalypse in his movies was purposefully left ambiguous and even the zombies were originally called “ghouls”.

When asked what he would do in the event of a zombie apocalypse, Romero said that his first destination would be World War Z/The Zombie Survival Guide author Max Brooks‘ house.

Throughout Billy Dee Williams‘ panel, not being able to remember aspects of his career became a running gag.

The Q&A session touched on his varied career but all the questions eventually came back to his iconic role as Lando Calrissian in the original Star Wars trilogy. Though there are no plans for Lando’s return, there is a movement on social media to bring him back for the eighth movie (#BringbackLando).

Williams said he still faces anger from fans over Lando’s betrayal of Han Solo in The Empire Strikes Back.

“When I was picking up my daughter in elementary school, little kids would run up to me and accuse me of betraying Han Solo,” Williams said. “And there I was in the middle of a school yard trying to justify Lando’s (actions).”

To describe Malcolm McDowell as “abrasive” would have been an understatement. He admonished one audience member for asking if O Lucky Man was an indirect sequel to A Clockwork Orange and berated another after they asked why he took roles in “shit movies”.

He spoke about the role that his iconic character Alex deLarge has had on villains in contemporary cinema. He also said he doesn’t choose his roles, rather, they choose him.

“I’m a serious actor!” McDowell said. “I love my profession! I adore it! I really have great feeling for the profession of actor and I’m part a wonderful fraternity. Having been brought up in England, it’s a very special thing to be actor.”

A sense of disappointment ran through the full house when the end of James and Oliver Phelps, best known for their roles as Fred and George Weasley in the Harry Potter movies, panel was announced.

They recounted the story of how they landed the roles in the Potter films, which included dyeing their hair red.

Being young actors, Oliver said that the older actors were understanding and patient with them and their young co-stars. Despite his role as a villain, they said that Tom Felton was one of their favorite actors to work with and would turn to Rupert Grint if they were looking for motivation to laugh.

The topics ranged from how Oliver motivated himself to mourn James’ on-screen death to discovering that basketball player Kobe Bryant is a huge Harry Potter fan.

James said that playing Fred Weasley taught him to be more outgoing.  Watching the studios where the Potter movies were shot was a heartbreaking moment for the Phelps brothers.

After a spider bite derailed Amy Acker‘s plans to become a ballerina, she was bit by another bug; the acting bug.

She recounted the story of how a series of small roles led to her being cast as the beloved Fred on Angel. The death was permanent and she explained how series creator Joss Whedon told her she would return as the demon goddess Illyria.

The audience asked about everything from Person of Interest to Angel and Dollhouse.

She spoke about how Person of Interest has been eerily prescient of today’s surveillance society.

“The joke among the cast and crew is that we started out doing a science fiction show and some point it became reality television,” Acker said. “It makes you more aware, especially living in New York and the show takes place there, because I’ll be riding up in the elevator in my building, talking to myself, reciting lines and I’ll look up and (think), ‘Somebody’s probably watching me on the camera!'”

The popularity of Hayley Atwell’s character from the Marvel Cinematic Universe has led to Peggy Carter becoming a top choice for cosplayers.  Atwell initially joked seeing so many people dressed as Agent Carter was weird but added that it was humbling.

Atwell recently, “broke the internet” when she said she would like to play Doctor Who. The casts of Agent Carter and Agents of SHIELD also received attention thanks to their “dubsmash war” that saw everything from AoS star Clark Gregg dressing in drag as Agent Carter to Atwell and co-star James D’arcy flying to Atlanta to film a return salvo with Captain America star Chris Evans. Atwell said that Evans has “soft lips and a great bottom.”

Agent Carter has also received praise for providing a strong role model for women as well as the relationship between Carter and her friend Angie, something the second season of the show will explore.

“I think it makes it much more interesting and complex and gray areas than we like to portray in the media,” Atwell said. “I think that Angie and Peggy are ahead of their time. And the real affection that Lyndsy (Fonseca) and I have actually working together.”

Atwell provided a few tidbits about the upcoming second season of Agent Carter, which will see the show shift the action to LA. 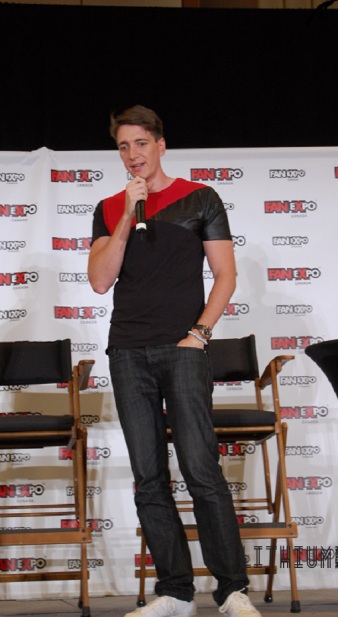 View all posts by hangingattheback →