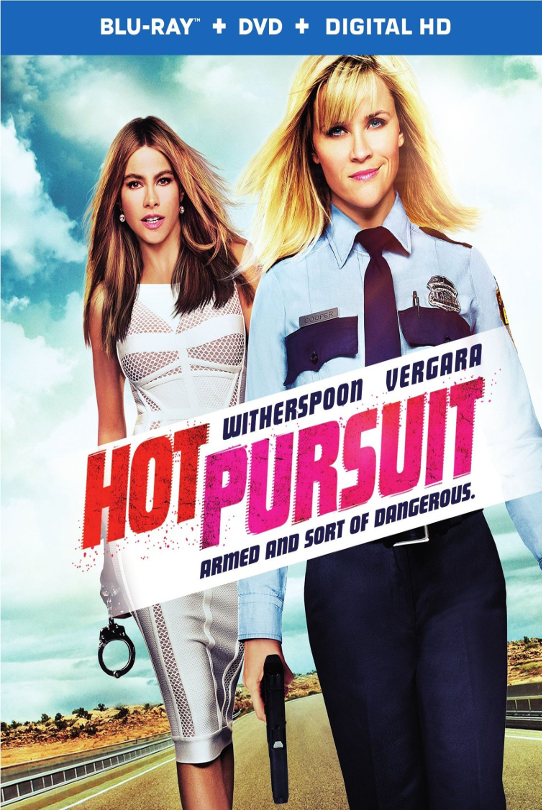 Hot Pursuit is definitely a great addition to my collection of kick-ass female lead comedies. Reese Witherspoon and Sofia Vergara star in this modern version of Thelma and Louise meets a buddy cop movie. Witherspoon plays Officer Cooper, who is tasked with bringing Daniella Riva (played by Vergara), and her husband into witness protection.  After her husband gets killed in front of her, Cooper and Riva are on the run from a Colombian drug lord’s hired guns.

I have to say, even though this didn’t do as well in the box office as many would have hoped it would, it was definitely a worthwhile viewing experience. The scenarios that the two women find themselves in are oddly cliché and mildly contrived, but they completely work. I think one of the funniest running gags through the movie is the weight of Riva’s suitcase, which she will not leave behind for… let’s say, sentimental reasons.

From the minute the film started to the minute it ended, it was enjoyable. Witherspoon and Vergara are hilarious individually; together, they’re side-splitting. I definitely recommend this for a night in with the girls, and a bottle or two of wine.

The Blu-Ray/DVD Combo pack is available on August 11, but the digital copy is available for download now if you want to check it out a bit early!